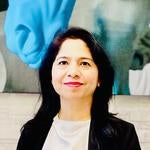 Ms. Nishu Sharma is the founder and Managing Attorney of SanSha Law Offices PLLC. It was founded on the principle and commitment to serve the people with the best service that we can provide. The firm has served clients from Texas and other states of the US. She has handled all kinds of complex immigration issues and is very creative and knowledgeable. Ms. Sharma's primary practice focuses on Investment, Corporate Clients-employment-based Immigration (EB-1, EB-2, EB-3, and EB-4), family-based Immigration, extraordinary ability immigration which also includes EB-5 investors visas, Diversity Visa, Humanitarian Relief (VAWA, U visa, T visa, DACA, Humanitarian Parole, SIV, and P2).

The attorney initially came to the United States on an immigrant visa after marriage to an H-1B immigrant. She is well versed in all aspects of H1 visas including, several H1-B extensions, and H1-B transfers. After a decade, they were finally able to get their Green Card. As a result, Ms. Nishu is deeply familiar with all aspects of immigration law. Practicing in this area of law is not just about the immigration practice but ensuring she is helping the people who are going through the same struggles as she can relate to her own journey.

Ms. Sharma has been admitted to practice as an attorney in Texas, US; and Punjab & Haryana Courts, Chandigarh, India. Before starting the Law Firm, Ms. Sharma gained experience in the areas of Immigration and Business Operations while working for reputed Immigration Law Firms and the Corporate world. Ms. Sharma received her Masters's Degree in Law (LL.M.) from Hertfordshire, UK. She previously obtained a Master's Degree in Law (LL.M.)  and a Bachelor of Law (LL.B) from the Department of Laws, Panjab University, Chandigarh, India.

Ms.Nishu also loves to represent clients in Immigration Courts throughout the country in removal defense proceedings, deportation, Refugees, and Asylees. She has experience representing clients in USCIS interviews. Ms.Nishu also has an extensive background in Real estate transactions, Business Law, and Will and Probate.

Ms. Sharma does active pro bono work and is a member of the American Immigration Lawyers Association (AILA) and Texas Young Lawyers Association and is also an active member of the community volunteering her time within the local community.  Ms. Sharma's passion for immigration stems from her personal experience as an immigrant which helps her understand the needs of immigrants and corporations hiring immigrants. She is fluent in speaking English, Hindi, Punjabi, Urdu, and has little understanding of Spanish.

Thank you for contacting us. We will get back to you shortly.

Please complete all required fields below.

SanSha Law Office PLLC Is Here for You

At SanSha Law Office PLLC, we focus on Immigration, Real Estate, Family Law, Estate Planning and Corporate Law and we are here to listen to you and help you navigate the legal system.

We'll gladly discuss your case with you at your convenience. Contact us today to schedule an appointment.